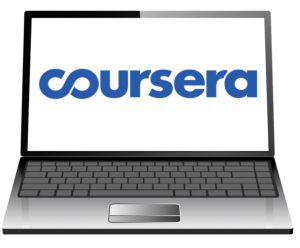 Being the masochist I am (at least if you ask some people) by working at a demanding full-time job, spending my “spare time” on this documentary project and  finishing up a class on funding entrepreneurial ventures, I also recently took on another obligation.

A couple of Sundays ago, I was having a cup of tea at about 11 a.m. and glanced at one of my email accounts noticing that Coursera had a new class called How to Change the World. Glancing at the course’s contents, it looked interesting and included a section titled “Women, Education and Social Change.” Hey, I’m a woman, I consider our teaching two measurement system to our children a real waste of time in schools and it’s all about social change for me—even if I’m not trying to change the whole world—just one thing in my country.

What the heck is Coursera?

I had loaded the Coursera app on my phone several months ago (don’t remember how I first came across it) and, while it looked interesting, I wasn’t sure how I’d find the time for anything else right now. It must have looked interesting enough for me to install the app though.

For those of you who are unfamiliar with it, Coursera says of itself:

Coursera is an education platform that partners with top universities and organizations worldwide, to offer courses online for anyone to take, for free.

We envision a future where everyone has access to a world-class education. We aim to empower people with education that will improve their lives, the lives of their families, and the communities they live in.

The course in question was being given by the president of Wesleyan University no less. Impressive.

“Okay,” I decided, “I’ll bite.” It was difficult to know exactly how it might help with the project but it was worth a try as far as I was concerned. I immediately realized that I was behind since the course had started several days earlier. For the rest of the day I hunkered down, finished the considerable amount of reading, watched almost three hours of video lectures and prepared my first 500-word paper that I had to submit before I went to bed as the deadline was 8 a.m. the following morning. As a professional writer, I figured I had a slight advantage with writing the essay and could generate it pretty quickly. At least I had that going for me.

Took a survey about my Coursera interests. This question near the end really got my attention. Hope 37% of people were kidding and good to know the Coursera folks have a sense of humor.

I had realized that the essays would be graded by my peers, and I’d need to review some as well, but for some reason I thought I’d get an email letting me know when they were available. Wrong. By the time I figured out I hadn’t been notified I had “papers to grade,” I’d missed the deadline and lost 20% from my score for that week. Drats. I’m being much more careful about all the deadlines now.

Not only am I writing about this since you might be interested in this resource but I noticed something in the course itself that bothered me a bit since it relates to the metric system.

In viewing the videos on climate change, in one instance Michael S. Roth, Wesleyan’s president, mentioned the predicted range of increased global temperature in Celsius with no mention of Fahrenheit. That made immediate sense to me since he had said previously that more than 30,000 people worldwide were taking the course. Most of them would use the metric measure for heat, after all. I myself had graded papers from people who wouldn’t use the Fahrenheit scale, as they had mentioned they were from Croatia and India.

That pleasure turned to disappointment when, during the next video, he mentioned how much sea level was predicted to rise in feet with no mention of metric measures.

He’s probably never thought about which units he should use consistently but I’d prefer he use SI units (how the rest of the world refers to the metric system) exclusively.

Maybe if Americans are exposed to metric units enough (with no translation) and have to go “Huh, what does that mean?” they’ll realize that it’s time to join with the rest of the world.

A girl can hope…

I need to go finish this week’s homework now.

1 thought on “Staying the “Coursera” with the Metric System”