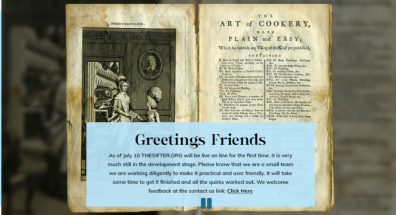 I recently came across an article in Atlas Obscura that highlighted a new site, called The Sifter which, according to the article:

…is a catalogue of more than a thousand years of European and U.S. cookbooks, from the medieval Latin De Re Culinaria, published in 800, to The Romance of Candy, a 1938 treatise on British sweets.

This got me thinking about how we take precise measures for granted in our current cookbooks. If we look back, specific amounts of ingredients are a more recent development.

Based on my preliminary research, even by 1796 recipes had some measurement references. However, when I started looking at older recipes, the “amount” gaps became apparent. For instance, from The Commonplace Book of Countess Katherine Seymour Hertford (1567), you get things like:

But even in this 1567 reference, there is mention of pint and gallon units:

Back when ingredient lists were sequential and basic

While I didn’t research exhaustively enough to find the exact dates of when measures were routinely included, I can tell you one of earliest sources (1340) referenced on medievalcookery.com, has ingredients, sans units, listed succinctly as:

Almond milk, rice flour, capon meat, sifted ginger, white sugar, white wine; each one in part to be boiled in a clean pot, and then put in the vessel in which it will be done, a little light powder; pomegranates planted thereon.

How much of each? Who knows? According to a 2017 article in The Atlantic, cookbooks from the 1400 and 1500s were more memory aids for chefs in the world of the royals, rather than “how-tos” for common folk so measures weren’t missed.

Out of curiosity, I started poking around in The Sifter database for some recipes and when I typed in “measures,” I came across, for instance, Seventy-five Recipes for Pastry, Cakes, and Sweetmeats from 1832. Clearly, measures needed some definition at even this late.

From the above-mentioned cookbook.

That’s old-fashioned cooking for you.

What does this have to do with the metric system?

I dare you to try to sell a cookbook today without including measures. People would go crazy.

The trouble is 95 percent of the world doesn’t know what our U.S. customary units are. Therefore, drawback number one: Our cookbooks will only sell overseas to people willing to take the time to convert units to the metric system. (A poor strategy from an international distribution standpoint for any printed versions.)

From a sausage cookbook.

Some cookbooks try to get around this by printing ingredients down a center column with quantities to the left and right. While that works, why do it at all?

If everyone was using the same units (metric) it would make it our lives much easier and people wouldn’t have to worry about the current differences between the U.S. and U.K ounce units, for instance. (See photo below.) 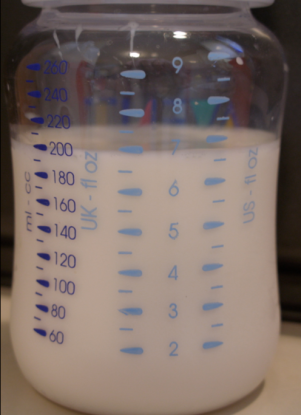 Note the difference in volume between the U.S customary and U.K. ounces. Ours is bigger!

Drawback number two: Scaling recipes up and down becomes MUCH more difficult with our three teaspoons to a tablespoon and eight ounces to a cup business. Since the metric system is based on tens, scaling up and down is much easier.

Drawback number three (of those that immediately jump to mind): We use volumetric measures in this country, with our teaspoons, tablespoons, cups, and so on, and these can cause all kinds of problems as I cite in an earlier post. With the metric system, you use a liquid measure for liters (and fractions thereof) and a scale for mass in kilograms and its fractions. That’s it.

More exciting posts are in the works. Please stay tuned.

Note: While I couldn’t find a definition for “malmesei,” it turns out “malmsey” is a sweet, fortified wine. That would make sense in this context with a liquid measure cited. I’ll leave it to you to look up the other confusing ingredients.

5 thoughts on “Historical cooking measures and the metric system”