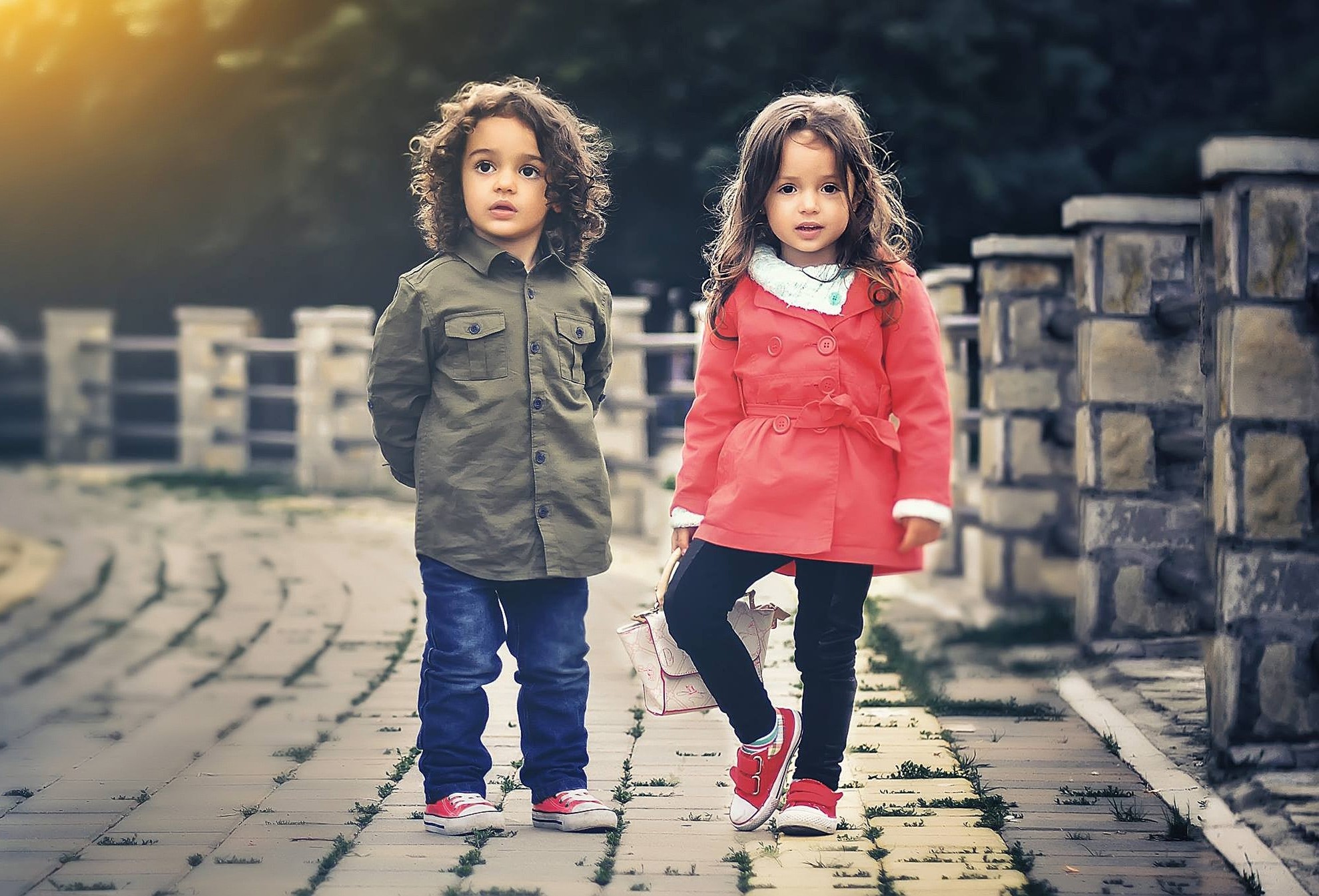 According to WebMD “Based on calls made to poison control centers in 2010, pain relievers — both prescription and over-the-counter — accounted for 31% of fatal poisonings in children age 5 and under.”

(A previous post I wrote on the metric system and medicine is here. Hence, this is Part 2.)

When I was interviewed by Vox News for a podcast last month, I mentioned a recent recall involving confused unit dosing. I’d like to explore that issue in more depth this month.

A news release issued by the Pfizer Inc. on August 27, 2018, began with the following sentence:

Pfizer Consumer Healthcare, a division of Pfizer Inc., is voluntarily recalling one lot of Children’s Advil® Suspension Bubble Gum Flavored 4 FL OZ Bottle because of customer complaints that the dosage cup provided is marked in teaspoons and the instructions on the label are described in milliliters (mL).

Let’s take a closer look that. What that means is that if someone was paying attention to the number of units and not the units themselves (teaspoons vs. milliliters) — and why wouldn’t everyone expect consistency between the two? —that person could have given their child a significant overdose all the while thinking that they were following the directions.

As the Food and Drug Administration noted:

Pfizer concluded that the use of the product with an unmatched dosage cup marked in teaspoons rather than milliliters has a chance of being associated with potential overdose.

That is putting it mildly. Since there are roughly 5 mL in a teaspoon, giving the smallest dose in teaspoons could result in administering a whopping 20 mL more than prescribed. For a 72-95 pound 11-year-old child, the error compounds to an overdose of 60 mL when only a 15 mL dose was intended!

Image from this site: https://childrens.advil.com/childrens-advil-suspension

While not necessarily deadly, the recalls note that “The most common symptoms associated with ibuprofen overdose include nausea, vomiting, headache, drowsiness, blurred vision and dizziness.”

I’m not a doctor, but I image the reactions could be worse for a small child whose health was compromised before the overdose was innocently administered by a caregiver.

We’re just not moving quickly enough to remove such errors from our medical system. As noted by the Institute for Safe Medication Practices in 2015:

While progress is being made in hospitals in regards to prescribing liquids in mL, many hospitals still use dosing devices that have household measures (e.g., teaspoonful, dessertspoonful, tablespoonful) and, as above, even drams and ounces. This sets healthcare professionals up to fail because the dosage scales on embossed cups are difficult to read, have dangerous abbreviations that are easily confused (e.g., TBS and TSP), and measures that are no longer used (e.g., drams). .

It’s easy enough to make mistakes moving between U.S. customary and metric units without having organizations responsible for our over-the-counter medicines layering on their own errors that might be difficult to immediately perceive.

But changing to the metric system will cost money, I hear some cry

One of the pushbacks I’ve gotten over the years is that it would cost money to switch to the metric system. Let’s take a second and consider the cost of a recall such as the one cited here.

Though insurance may cover a minimal amount to replace defective products, a majority of product recalls result in lawsuits. Between lost sales, replacement costs, government sanctions, and lawsuits, a significant recall can become a multi-billion dollar ordeal. For multi-billion dollar companies, an expensive short-term loss can be easily overcome, but when shareholders and customers lose confidence, there may be greater long-term effects such as plummeting stock prices.

The bottom line: This recall of children’s medicine could have been completely avoided if we weren’t constantly juggling multiple measurement systems in this country.

I’m not saying that using one set of units would solve all problems. After all, it’s still possible a company could put out dosing instruction that contained a typo (or a host of other problems), but let’s do what we can to try to remove easily avoidable errors from the system.

Cost of a recall?

Based on some research I did, it sounds like an average recall cost is over $10 million dollars in direct costs (pulling product off the shelves, etc), while indirect costs (lawsuits, fines, and customer avoidance, stock price, harm to reputation) can mount for years after the recall.

That’s something to highlight when talking about using consistent measures and the cost to implement them.

Thanks for getting this far!

Some resources on the cost of recalls:

Last Thursday (February 27, 2014) the U.S. Food and Drug Administration announced new nutritional labeling standards for packaging in the United States. The original law, called the Nutrition Labeling and Education Act, was put in place in 1990 in an effort:

It was probably less effective on the last point than the first two but let’s examine a little history.

Since people have traded with one another, sellers have tried to cheat their customers to their own ends. That’s one of the reasons why throughout history there has been resistance to setting measurement standards (the metric system included). The new  regulations adjust serving sizes (mostly upward) but also highlight the nutritional information on the labels.

While researching this project, my contact at National Institute of Standards and Technology recommended a book called The Thumb on the Scale or the Supermarket Shell Game by A. Q. Mowbray. With a copyright date of 1967, it relates that after World War II, consumers (quaintly referred to as “housewives” throughout the book) were getting up in arms because, as they purchased more convenience foods, they started having problems figuring out how much product to buy because the serving sizes were not standard. Each company made isolated decisions regarding what an “average” serving size constituted.

To one manufacturer, a serving of peaches might be two halves; to his competitor, it might be one half or three halves. It is like buying by the hat—and using the seller’s hat as a measure. p. 92.

In case the problem with having non-standard serving sizes for food isn’t readily apparent, let’s apply that logic to something we deal differently with today: gasoline.

The scenario goes like this: You need some more fuel and there are two gas stations across the street from each other that have determined their own “serving sizes.” Lo and behold, the price of one of the serving sizes is less expensive than the other. Is it really a better deal or just a smaller serving size? Without further investigation, there is no way for the consumer to know and that’s exactly what was going on in the grocery stores. A glance at two, say, cereal boxes next to each other might seem like the one with more serving sizes for the same price is to be a better deal. But would that impression be accurate? At the time, the answer was “No.” Enter the federal government.

While the serving sizes have been fixed by the federal government since the Fair Packaging and Labeling Act of 1966 (metric units were added to labels in 1992), there was plenty of resistance from the food industry according to the book since deception would become more difficult via that method.

And manufacturers still play games with us

Don’t worry about the food industry. They’re still finding way to take advantage of us today. You don’t have to read many issues of Consumer Reports to see an example where a reader has bought a usual item only to get home and realize the new box or bag contains less than when it was last purchased. Just because the manufacturer has adjusted the weight or volume in print (according to regulations) doesn’t mean they’re not trying to hide something. (When was the last time you saw a box emblazoned with “Now, less for the same price!”?) Yet it downsizes product contents all the time.

Let me tie in the metric system more closely: the labels will continue to be a mishmash of metric and U.S. customary measures (for new readers of the column, we don’t use Imperial units in the country, but our units are derived from them). In the example, the serving size is expressed in both customary and metric units but the nutritional content is only in metric units and thank goodness. If they were in fraction of ounces, you wouldn’t know if they were weight or volume (metric units only express mass—which relate to the gravity of the planet you’re on) or some other incomprehensible subunit. For instance:

If I tell you that a gram is roughly the same mass as a standard (that word again) paperclip, that’s fairly easy to imagine. Now, try to imagine a unit of 0.1 of an ounce. A bit tougher for most people I’d guess.

This post has run as long, or longer, than it should. Stay tuned. There’s more to learn.